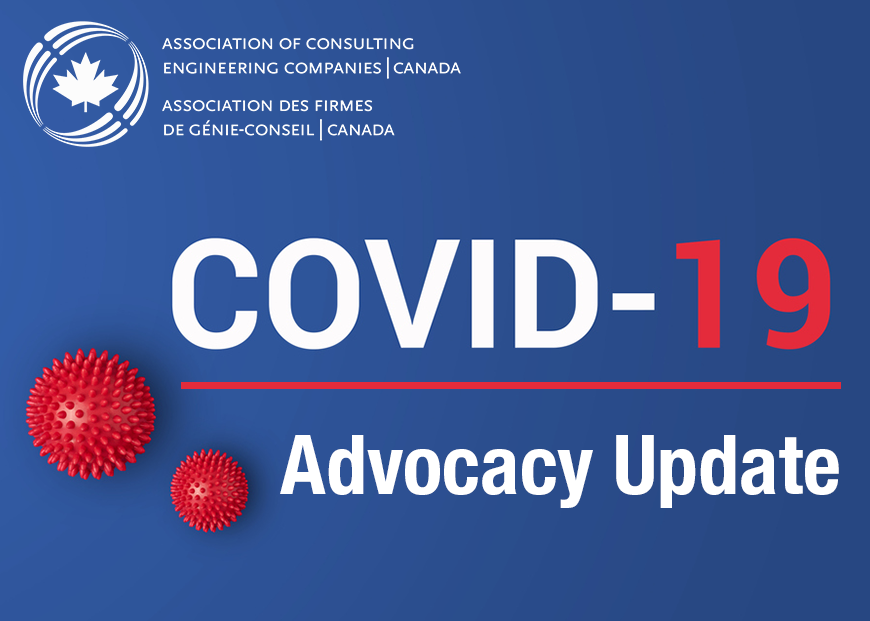 A positive step forward for the industry

Federal government creates industry round table as requested by ACEC and other stakeholders.

On May 1st, ACEC was invited to and participated in a construction industry round table convened by the federal government and hosted by the Parliamentary Secretary to Public Services and Procurement Canada (PSPC). This gathering of stakeholders is one of the key requests ACEC made to the Minister of Infrastructure and Communities in a letter dated April 16, 2020. It brought together stakeholder groups in the infrastructure and construction industry, such as ACEC, the Canadian Construction Association (CCA) and the Canadian Council for Public Private Partnerships (CCPPP), as well as various labour and construction organizations.  Senior representatives, including both senior civil servants, elected officials and political staff from PSPC, Infrastructure Canada, and Employment and Social Development Canada (ESDC) were also on the call.

The meeting allowed for open discussion and dialogue on potential ways forward for the construction industry during and after the COVID-19 crisis and allowed supporting industry organizations to provide clarity and certainty on how sectors like ours are ready and able to support major infrastructure projects. ACEC President & CEO John Gamble and Vice President Martine Proulx stressed that the effectiveness of infrastructure investments depends on a robust and sustained project pipeline. This would allow all the project partners including owners, designers and constructors as well as the labour and supply chains to retain expertise and capacity and allocate their resources effectively.

This was an opportunity for ACEC to further establish itself as an important stakeholder to the government as it starts its planning for economic recovery post COVID-19 isolation.  The Parliamentary Secretaries were very receptive to the points raised by industry participants and welcomed the opportunity for further dialogue in the near future through ongoing meetings and discussions.  ACEC believes this will be an important forum moving forward and is pleased to be at the table to ensure the voice of the consulting engineering sector is heard and considered.

As noted above, ACEC communicated with Minister McKenna on April 16th, part of our ongoing advocacy efforts on behalf of the consulting engineering industry through the COVID-19 crisis and eventual recovery.  Our letter not only stressed the important role and expertise our industry could play in assisting the government with its economic recovery plan, it also raised many of the recommendations ACEC has made to Ministers Morneau and Ng:

These were also the points raised by John Gamble during a recent meeting with the Deputy Minister of Infrastructure and Communities along with our partners CCA and CCPPP. They will also be the primary component of our testimony submitted to the House of Commons Standing Committees on Finance and Industry, Science, and Technology. ACEC will continue to collaborate with its partners and other stakeholders in the coming weeks and months to advise elected officials and senior civil servants on how to best create an agile and effective infrastructure stimulus package.

ACEC has also collaborated with the Canadian Chamber of Commerce and other members of the Canadian Business Resilience Alliance to assess and provide feedback on the impact of the government’s economic assistance programs on business. We have also been in contact with associations representing Canada’s resource sector on how we can support our member firms and their clients in this sector.

Stay tuned for our upcoming industry survey which will aim to capture important data to inform government decision making and support our ongoing advocacy efforts on behalf of our industry. 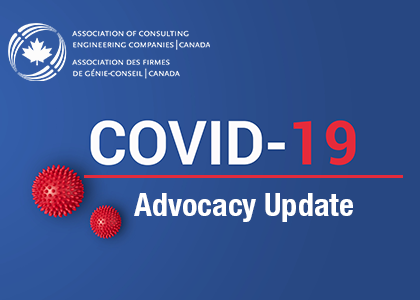 A positive step forward for the industry

Federal government creates industry round table as requested by ACEC and other stakeholders.

ACEC’s request to work in collaboration with the government as it develops its economic recovery plan ensures a seat at the table for the consulting engineering industry. 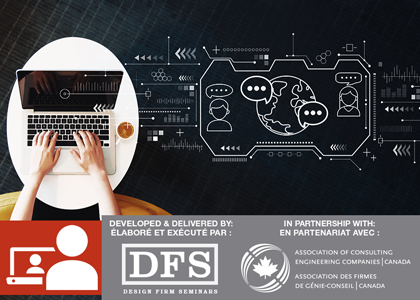 From Contracts to People Skills: How to Successfully Manage Projects to Profitability.

Developed by DFS in partnership with ACEC, this series will help you build skills essential for a successful career as a consulting engineer. Register for sessions separately, or take part in all four and receive a certificate of completion. Discounted rates available. 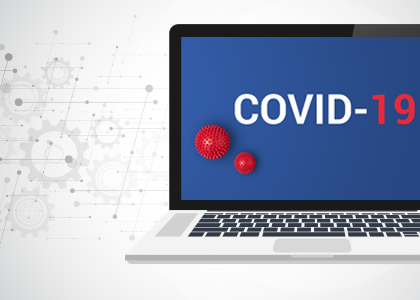 Engineering Your Business Through COVID-19.

A series of business webinars to provide helpful insights, tools, and resources to support you and your business through COVID-19 and beyond. Webinars will be delivered by ACEC’s valued Maple Leaf partners. 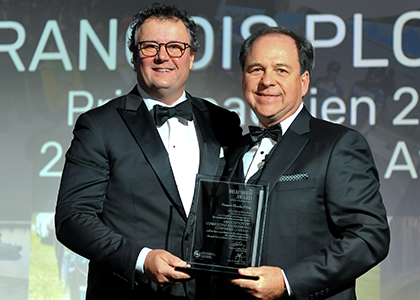 Last chance to submit nominations for the 2020 Beaubien Award

Since 1985, the Beaubien Award has been presented to individuals nominated by their peers for lifetime contributions to the advancement of the profession and the consulting engineering industry. 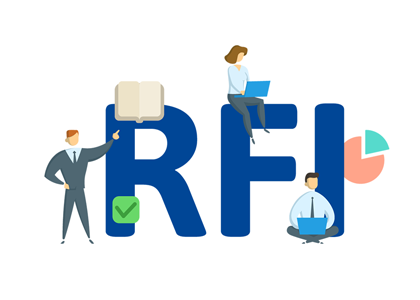 Public Services and Procurement Canada (PSPC) has posted a Request for Information (RFI) as it contemplates Design-Build Standing Offers for Office Fit-up Projects in the National Capital Region and potentially across Canada. 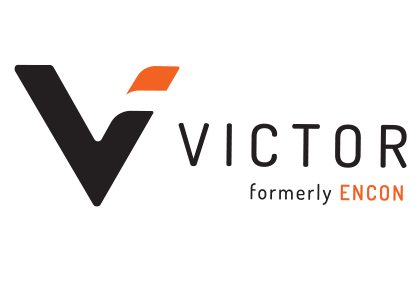 Here are five examples of COVID-19 technology scams that you could encounter along with tips on ways to protect yourself from these scams before they occur. 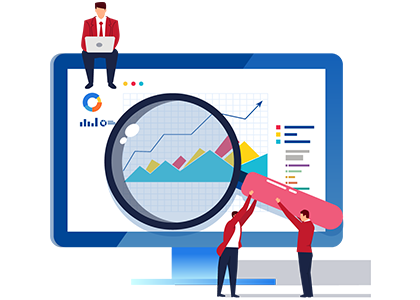 The impact of COVID-19 the Canadian economy in March captured through business survey.

Learn more about how 12,600 Canadian businesses reported how the COVID-19 crisis affected their business. 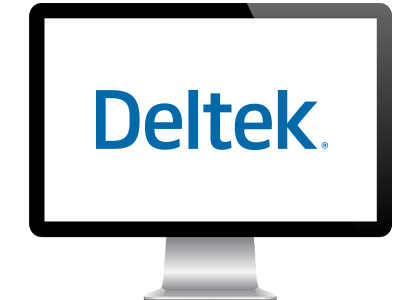 Get clarity on how to move your business forward with insight into industry trends and critical benchmarks that help your firm stand out against the competition.